The Game Theorists Wiki
Register
Don't have an account?
Sign In
Advertisement
in: Articles needing cleanup, People, YouTubers,
and 6 more

"MatPat is an information addict. That’s why Game Theory runs the gamut from the psych of Batman to the zoology of Frogger. He's like the Mythbusters of gaming."
—MatPat

Matthew Robert Patrick (born November 15, 1986), also known by his nickname MatPat, is an American YouTuber; co-creator of the YouTube channels The Game Theorists, The Film Theorists, GTLive, and The Food Theorists; and co-founder, president, and CEO of Theorist Media. His first and most popular channel is The Game Theorists, a hub in which he and several other content creators have uploaded videos mostly analyzing video games from an educational perspective. Patrick himself hosts Game Theory, the channel's flagship show, in which he posts theories backed by research about aspects of games, including their lore and scientific, mathematical and historical aspects. The Film Theorists, his spin-off second channel, is where he hosts Film Theory, a spin-off of Game Theory focusing instead on cinema and television. GTLive, his third channel, is where he and Stephanie archive livestreams, formerly with his wife Stephanie Patrick.

Patrick often collaborates with other YouTubers, including Gaijin Goombah, Ronnie Edwards, Trailer Drake, FootofaFerret, and many others whose series have become staples of the Theorist channels.

Patrick's success on YouTube has led to many opportunities, both inside and outside of the digital space, including hosting other shows like The Runner and Game Lab, consulting major tech and entertainments brands, interviewing people like Susan Wojcicki and Pope Francis, and hosting an annual charity livestream for St. Jude Children's Research Hospital that have collectively raised $5.9 million across three years.

Matthew Patrick was born on November 15, 1986 in Medina, Ohio as an only child to Robert and Linda Patrick. He grew to love video games and theater. He graduated valedictorian from Medina High School in 2005 and went to Duke University, where he met Stephanie Cordato in a game programming class in April 2006 where they worked on a Legend of Zelda parody called "The Epic of Stew".

After the two graduated from Duke University on December 28, 2009,[citation needed] Matt and Stephanie moved to New York City where Matt auditioned for and starred in numerous theatrical roles for about two years, such as Blood Brothers and a 2009 stage adaptation of Bram Stoker's Dracula. Matt created a YouTube account under the name MatthewPatrick13, where he occasionally uploaded his performances on stage and singing auditions. MatPat had some success as a stage actor but quit as he and Stephanie were financially struggling and had no luck getting a new job. While he found some success as a stage actor and director, Matt eventually quit the acting business in general after hardly getting any roles, and a deciding factor was seeing Spider-Man: Turn Off the Dark, a musical Matt disliked so much that it finalized his decision to pursue another career. Another factor was lack of food, which resulted from the constant work and low income that his career provided. For the next two years, MatPat sent out requests for different jobs such as a television producer, programmer, and a movie director, only to receive no responses. During this time, MatPat watched an episode of Extra Credits about tangential learning, which inspired him to start Game Theory originally as a means of adding something new to his resume. Matthew decided to create his own web series that used science, history, and philosophy to discuss popular video games. He decided to call the web series Game Theory and eventually changed his channel name to The Game Theorists. Game Theory slowly started building a fanbase after getting featured on several websites, such as Reviewtopia and ScrewAttack! and started incorporating elements from MatPat's directing experience and fan submissions (such as a logo and SpellingPhailer's intro music). Its success helped MatPat with his career and opening new job prospects.

The Game Theory promotional trailer was uploaded on April 14, 2011 and the first episode of the series, "Is Chrono Trigger's Time Travel Accurate?", was uploaded four days later. The video explained how the time travel in Chrono Trigger worked. The video currently has over two million views. After the third episode, he was interviewed by future show host Ronnie Edwards, on the fourth episode of Ronnie's podcast series Random Internet Encounters. He gained an interest in Ronnie's talent and offered to promote his internet show, Digressing and Sidequesting, by allowing Ronnie to move the series to MatPat's channel, which Ronnie accepted. Many videos later, a fellow Ohioan hired him as a YouTube audience development consultant to build fanbases for new Youtubers. MatPat met hundreds of theorists at the SGC Theorists convention and offered to promote their channels. This, along with a steady flow of new content being produced, kept the channel growing at a brisk rate.

On July 2, 2012, a video titled "Game Exchange: New Partner Show Coming This Thursday" was uploaded to The Game Theorists. This video announced that Patrick would be having another theory series on his channel called Game Exchange. Instead of telling only secrets about video games like Game Theory, Game Exchange explains the many secrets in video games relating to culture. The second video of the new series, by the name "Game Exchange: Japanese Culture in Kirby, Mario, and Zelda", was uploaded on July 5, 2012, three days after the first one.

On August 30, 2012, Ronnie Edwards uploaded a video on MatPat's channel called "Hit Points and Health Bars, Digressing and Sidequesting". The video received enough views to become another series on the channel, and thus, MatPat made a deal with Ronnie to give him access to the channel and together they made a new series known as Digressing and Sidequesting. This series included the infrastructure of creating a game and how they would function. This series, however, was inactive for more than a year due to not enough views, but it returned in December 2014. On December 28, 2013, creators "Trailer" Drake McWhorter and Kenny Landefeld, launched a new show on The Game Theorists known as Crossover. Focusing on "the six degrees of separation", Crossover aimed to bridge the gaps of the gaming multiverse but moved on to focus on video game timelines. Later, on Aug 26, 2014, Drake launched a new series called Smash History. This series discusses the Super Smash Bros. franchise and where its features originate from previous Nintendo games.

Spin-off channels and other endeavours (2015-present)

On May 12, 2014, MatPat created a new channel "filmtheorists" (later changed to The Film Theorists), This series was similar to Game Theory, except it conducted analysis and theory videos on movies and television shows rather than on video games. 12 episodes of this new series were already uploaded on the new channel by the time the announcement was made.

On August 20, 2015, he uploaded the episode "The Assassin's Creed Shared Universe Conspiracy". At the end, he announced that he would begin live streaming for the first time ever on the channel on August 26 at 7:00 PM PST. On September 14, he created the channel GTLive and has continued to post live streams on that channel since October 9.

On May 6, 2016, MatPat announced an internet show on YouTube Red known as "Game Lab", in which over 50 people are gathered to show what video games would exactly be like in real life. The show is featured on YouTube Red and has been a huge success.

On March 12, 2018, he uploaded a video titled "The Most IMPORTANT Video I've Ever Made (NOT CLICKBAIT)" where he announced that they were pregnant with their first child. They later revealed on Instagram that their child is a boy, and the due date was July 4, 2018, but their son was born a few days later. Oliver Julian Patrick was on July 9, 2018.

On May 29, 2020, MatPat created a new channel, "The Food Theorists". This series was similar to his previous channels, except it conducted analysis and theory on food and the food industry rather than on video games or on films/videos. 5 episodes of this new series were already uploaded on the new channel by the time the announcement was made.

MatPat's videos study video games and develop theories about them. Unlike most other channels that work for ScrewAttack, his channel analyzes video games rather than playing and commenting on them. His theories often touch on academic subjects from science to history to philosophy, combining them with the video game's lore to provide an educational experience for viewers.

The videos in Game Theory consist of him speaking over pictures and other video clips. Besides using factual evidence and research, MatPat also puts a lot of humor into his videos, usually exaggerating his humor far more than he would in real life. In some videos, he explains theories on the gaming community - meta-theories - rather than within a game's specific universe.

MatPat has created many milestone specials to thank his viewers for their support whenever he received a certain amount of subscribers. On March 28, 2013, when his channel reached 100,000 subs, he received the opportunity to meet his fans in person at the SGC gaming convention in Dallas Texas. When the channel reached 500,000 subscribers on September 23, 2013, he uploaded a Draw My Life video to celebrate.

As of that video, the sentence Help us reach one million subs!, along with a subscription link to his channel, was put in the description of every Game Theory episode until the milestone was reached on December 18, 2013, for which the special was uploaded on the New Year's Eve of that year. The special, Why You Play Video Games (One Million Subscriber Special), was a theory on why people, in general, play video games. On April 27, 2014, the channel had reached two million subscribers, but the special wasn't uploaded until July 21, 2014, almost two months later. The three million subscriber milestone video was uploaded on the 28th of December 2014 called Game Theory: EXPOSED!

On April 18th, 2018, they livestreamed the moment they hit ten million. The episode was uploaded on the GTLive channel on the 23rd of that month. 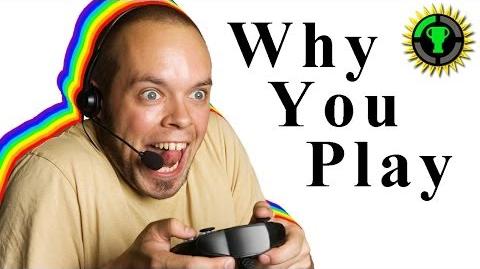 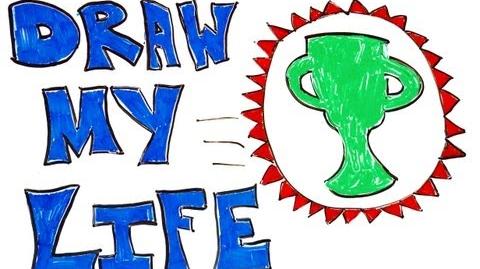 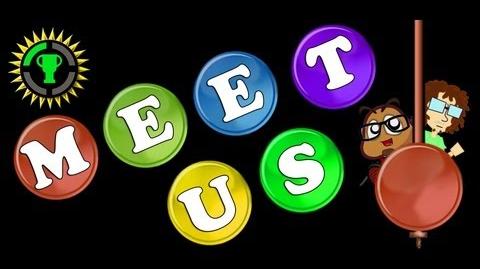 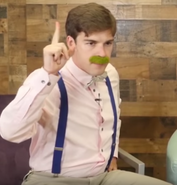 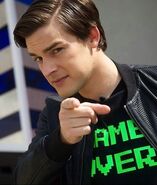