The Game Theorists Wiki
Register
Don't have an account?
Sign In
Advertisement
in: Articles needing cleanup, Articles to be expanded, People,
and 2 more

Micheal Sundman, also known as Gaijin Goombah or Gaijin Goomba, or simply GG, is an American cultural edutainment YouTuber and is the host of two shows on The Game Theorists. Michael's original show on the channel, Game Exchange, started and is still active on his personal channel and is focused on discussing cultural references in and inspirations for games. Its Game Theory replacement, Culture Shock, began as a series of culture videos between episodes of Culture Shock that did not warrant an entire episode of the latter, but grew to replace it altogether.

Michael's avatar design is based on a Goombo (not a Goomba, as many mistakenly assume), an enemy from Super Mario Land. It is has Michael's glasses and short beard and dresses in traditional Japanese robes and sandals. He also has his sword, which he calls the Pixel Cutter, usually strapped to his back. The avatar originally had a very high-pitched voice that Michael explained in Mega Man and the Singularity was used to help differentiate himself from his character. As the years passed, the voice was gradually pitched lower, until 2015 in the episode 5 Reasons FNAF is about The Bogeyman, during which Goombah transformed into an avatar resembling Micheal's human self. This stayed the norm until The TRAGIC Birth of BENDY!. From then on, it seems like Michael has moved to using a similar style of avatars as MatPat.

Gaijin is married to Sarah Sundman, a.k.a. Akiterra Goombah. They livestreamed their wedding on Michael's personal channel. 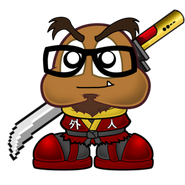 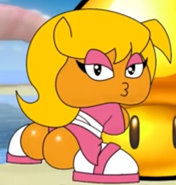 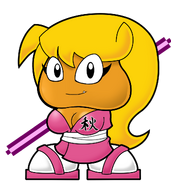